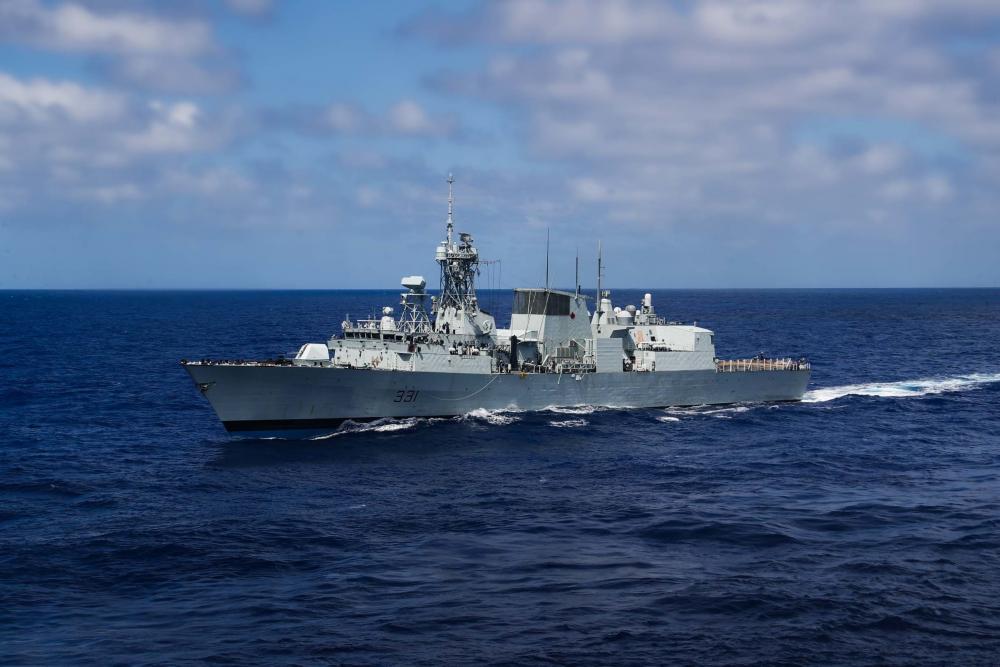 HMCS Vancouver has been deployed alongside HMCS Winnipeg on Operation PROJECTION since August 2022. Operation PROJECTION is a naval forward operating presence that demonstrates Canada’s ongoing commitment to peace and security in the Indo-Pacific. During this deployment, the vessels are taking part in multiple training opportunities, exercises, and bilateral engagements with foreign navies and international security partners.

Following recent port visits in Jakarta, Indonesia, and Manila, Philippines, HMCS Vancouver sailed through the waters of the Taiwan Strait, along with the USS Higgins, on its way into Operation NEON’s area of operation. This sail was done in full accordance with international law, including high seas navigation rights as outlined in the UN Convention on the Law of the Sea (UNCLOS).

The ship is deployed with a CH-148 Cyclone helicopter, which augments the monitoring capabilities of HMCS Vancouver. A RCAF CP-140 Aurora long-range patrol aircraft is also scheduled to deploy next month on Operation NEON with crew and supporting personnel to operate out of Kadena Air Base in Okinawa, Japan.