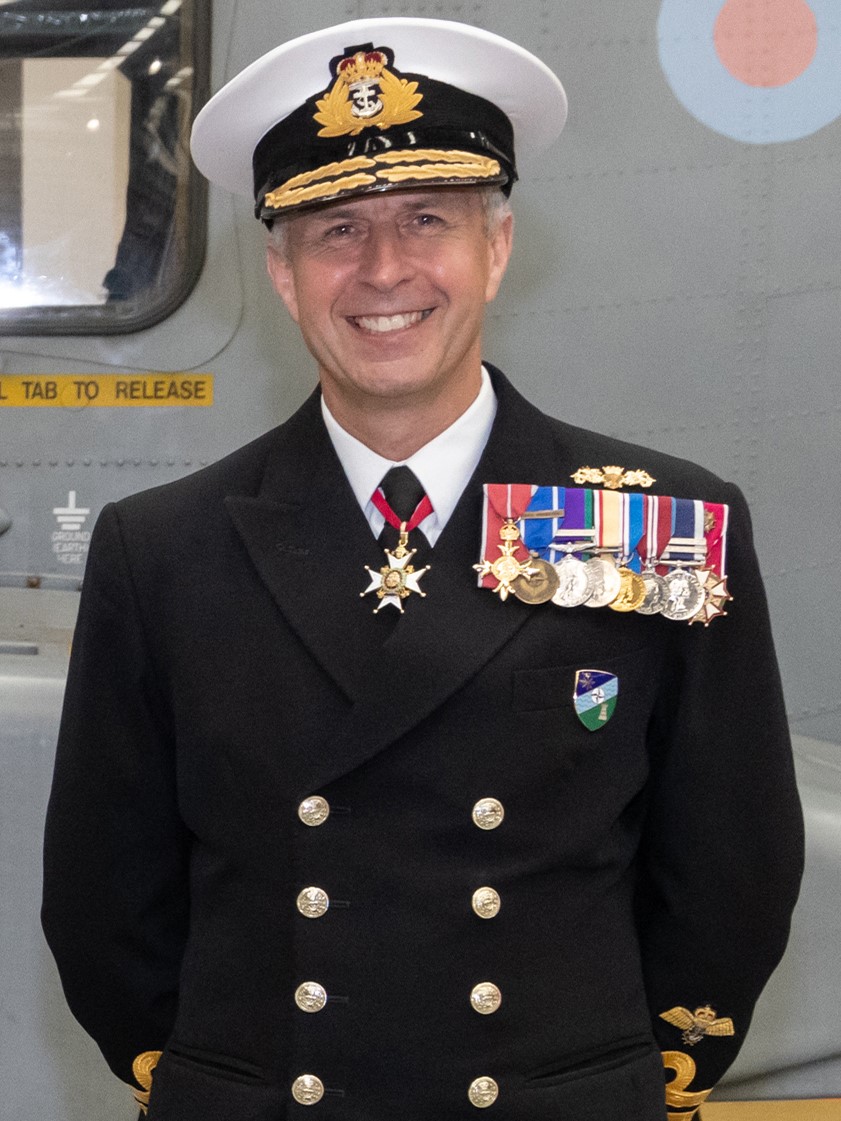 For the past three years, he has been Commander of NATO’s Maritime Command and this is the first time the position has been held by a member of the Royal Navy.

He will take up the new appointment in the rank of Admiral in succession to General Sir Tim Radford in July next.

Vice Admiral Keith Blount said: “It is an absolute honor to have been selected to succeed General Sir Tim Radford as the next Deputy Supreme Allied Commander Europe.

“He has been instrumental in guiding NATO’s work at a critical time for the Alliance and its Partners and I look forward to maintaining the momentum.

“The strength of NATO lies with its people and we have a highly skilled and dedicated team that is laser focused on our collective defense.”

“His appointment demonstrates the United Kingdom’s unwavering commitment to NATO and our leadership in European defense. I pay tribute to the contribution Vice Admiral Blount has made to the Royal Navy and the Alliance in his career to date.

“He brings extensive leadership experience and has served on operations across the globe along our allies and partners. I look forward to continuing to working with him and NATO.

“I would also like to take this opportunity to recognize all that General Sir Tim Radford has contributed during his time in the role.”

“It also reflects the United Kingdom’s commitment to the Alliance on land and in the air, our exceptional nuclear contribution, our growing cyber capabilities, and our pivotal role on NATO’s northern flank, all of which make Britain the leading European ally.”

Vice Admiral Keith Blount joined the Royal Navy in 1984 as a helicopter pilot. He received his wings two years later aged 20 and for nine years specialized in anti-submarine warfare operations and search-and-rescue.

During those years he became an instructor and in 1993, flew with the Royal Navy Helicopter Display Team.

The mid-90s saw a shift in Vice Admiral Blount’s career and saw him become commanding officer of his first ship – HMS Anglesey, an Offshore Patrol Vessel carrying out fishery protection.
Following this role, he returned to the cockpit as a senior pilot and second-in-command of the Fleet Air Arm’s 820 Naval Air Squadron. He then joined his first warship as commanding officer, frigate HMS Somerset.

In the late 2000s he returned to a Royal Navy ship, taking over the command of the then largest ship of the fleet HMS Ocean. He travelled to the US, South Atlantic, Brazil and Africa with the ship.

He also spent time as Commander of the Iraqi Maritime Task Group during Operation Telic and then his role as Chief of Staff to Combined Task Force 151 saw him embark on US Navy ship USS Anzio.

Between 2005 and 2007 he was based in Shrivenham as Directing Staff of the Joint Services Command and Staff Course, responsible for students on the Advanced Command and Staff Course. This was his first staff appointment of many with Vice Admiral Blount also spending two years as Military Assistant to the Vice Chief of Defence Staff.

Between 2015 and 2019 he was Head of the Fleet Air Arm and the officer accountable for the delivery and program management of the Queen Elizabeth-class carriers. This followed his time in Bahrain as UK Maritime Component Commander of the Combined Maritime Forces.

For the past three years, he has been Commander of NATO’s Maritime Command.

He was awarded an OBE in 2012 and was bestowed an operational Legion of Merit by the President of the United States in 2016.He holds a Master of Arts degree in Defence Studies and has been awarded an Honorary Doctorate from the University of Plymouth.