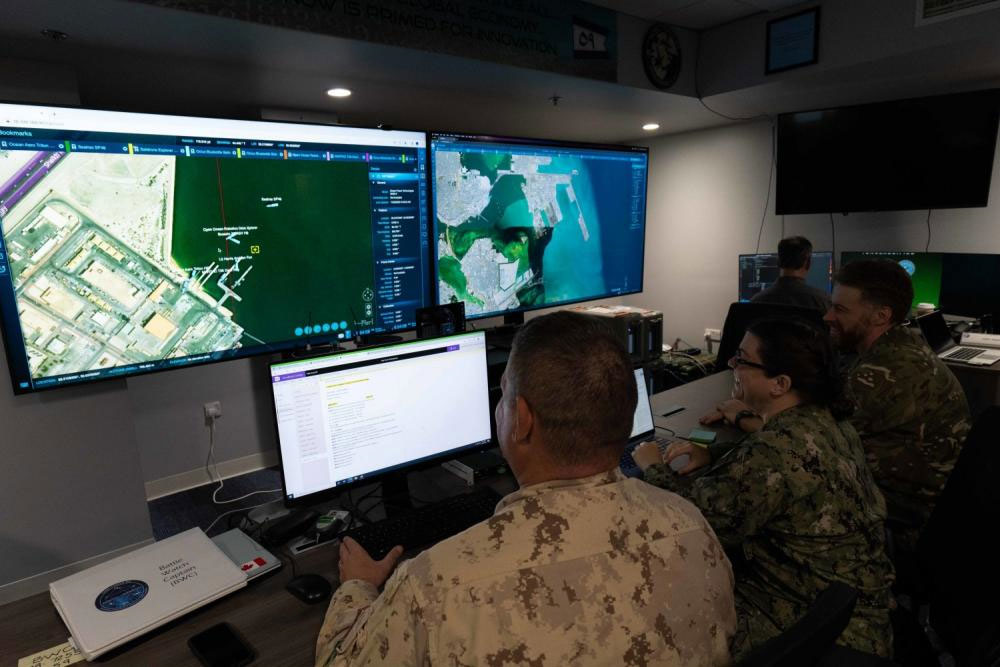 The event included 15 advanced systems, 10 of which operated in the Middle East for the first time. Task Force 59 led industry partners during phased evolutions ashore and at sea to advance fleet efforts that will enhance regional maritime awareness.

“The pace of innovation throughout Digital Horizon was unbelievable,” said Capt. Michael Brasseur, commander of Task Force 59. “We pushed beyond technological boundaries and discovered new capabilities for maritime domain awareness to enhance our ability to see above, on and below the water.”

“It has been an incredible opportunity to work with new systems and new partners to drive the innovation process forward for the U.S. Navy,” said Lt. Jay Faylo, the task force’s director of artificial intelligence.

Over the past year, Task Force 59 has operated unmanned surface vessels in regional waters for more than 25,000 hours, which equates to 12 years of nine-to-five testing five days a week.

NAVCENT is headquartered in Manama, Bahrain and includes maritime forces operating in the Arabian Gulf, Gulf of Oman, Red Sea, parts of the Indian Ocean and three critical choke points at the Strait of Hormuz, Suez Canal and Bab al-Mandeb.