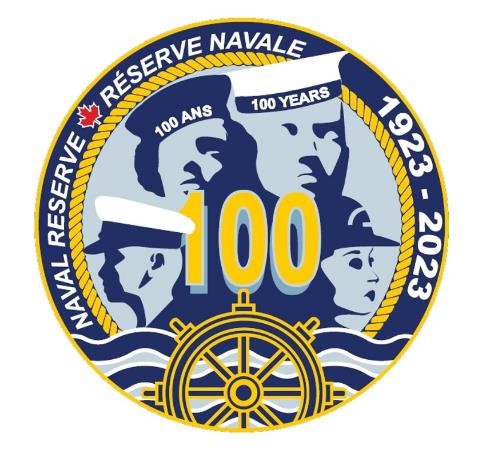 The Naval Reserve will celebrate a big milestone in 2023, marking 100 years of service to Canada.

There will be commemorative events and activities throughout the year, most of them conducted locally by Canada’s 24 Naval Reserve Divisions, located in most major cities nation-wide. Some events will also be national in scope.

“It has been an honor to work on this project to commemorate the contributions of our sailors to Canada over the last 100 years,” said Chief Petty Officer 1st Class (CPO1) Patty Bouthat, the centennial’s project coordinator. “From helping to win the Battle of the Atlantic in the Second World War to coming to the aid of Canadians during natural disasters to deploying with the Royal Canadian Navy across the full spectrum of its operations, naval reservists continue to have a lasting impact on our nation.”

Twelve Reserve divisions will celebrate their own centennials this year with local celebrations. Canadians across the country will be able to watch some of the biggest events to take place on September 23, when 4,000 sailors will be on parade in 24 cities across the nation.

The Naval Reserve 50th Anniversary Monument in Ottawa will be restored and rededicated, and the Navy Bike Ride and the Nova Scotia International Tattoo will both have a Naval Reserve Centennial theme. Ottawa’s Canadian Tulip Festival will highlight the sacrifice of naval reservists, known as citizen-sailors, from the Royal Canadian Navy Volunteer Reserve (RCNVR) who served in the Second World War.

The beginnings of a Naval Reserve force in Canada was due largely to the efforts of one man, Rear-Admiral Walter Hose, a Royal Navy officer who transferred to the Royal Canadian Navy (RCN). He had served with Royal Navy reservists from Newfoundland during the First World War and was impressed with their seamanship skills. He wanted to establish a Naval Reserve force in Canada to augment the RCN, but he met resistance at all levels.

Finally, on January 31, 1923, after years of lobbying by RAdm Hose, the Government of Canada authorized the organization of a force to be called the RCNVR.

The formation of a Reserve force was initially seen as a great way for the fledgling RCN to build support across the country. It envisioned the establishment of Naval Reserve Divisions in every major Canadian city, effectively bringing the Navy to Canadians living far from our coastlines.

The RCNVR became the backbone of the RCN, recruiting sailors from across the country. During the Second World War, the RCN needed to expand rapidly. From its modest beginnings of six ocean-going ships and 3,500 sailors of all ranks at the outbreak of the war, it grew into a large and capable fighting force.

By the end of the Second World War, Canada had the third largest navy in the world, with 95,000 men and women in uniform, and 434 commissioned vessels including cruisers, destroyers, frigates, corvettes and auxiliary vessels.

Approximately 77,000 of these were members of the RCNVR or the Women’s Royal Canadian Naval Service, the RCN’s separate service for women, created to recruit women so that men could go to sea.

In addition to commemorating the past 100 years, the centennial will also recognize the contributions of our current sailors, while looking to the future as well. Today, the Naval Reserve has a strength of 4,100 sailors across 24 divisions from Victoria to St. John’s, N.L.

Their mission is to generate trained sailors for Canadian Armed Forces (CAF) operations, both domestically and abroad, while at the same time supporting the Navy’s efforts in connecting with Canadians through positive interactions in the community.

Naval reservists are members of the RCN who typically serve on a part-time basis. They are employees, co-workers and students from your community who embody the courage, loyalty and integrity to keep one foot firmly planted in a civilian career and the other training and preparing to protect Canadians at home and abroad.

Naval reservists have deployed on operations at sea and on land around the world, from counter-narcotics missions in the Caribbean and Pacific Oceans to sovereignty patrols in the Arctic.

They have also responded when called upon to support provincial and local authorities in domestic operations including support to flooding in Manitoba, Alberta, Ontario and Quebec; forest fires in British Columbia; and hurricanes in Nova Scotia and Newfoundland; as well as helping to care for seniors in Ontario and Quebec during the early days of the Covid-19 pandemic.

For 100 years, the Naval Reserve has played a critical role in Canada’s safety and security as a vital element of the RCN and CAF, and the Naval Reserve plans to celebrate their history in style. Planning has been under way for two years, with a project team directed by Captain (Navy) Beth Vallis, along with Lieutenant-Commander David Arsenault as project manager and CPO1 Bouthat.

During 2023, join us in celebrating the Naval Reserve Centennial and the proud place naval reservists hold in our nation’s military history and heritage.